A 25-year-old St. Thomas female was arrested Saturday afternoon in the downtown core.  Police responded to the area of Talbot Street after the female became unruly after being denied entry onto a city transit bus.  The accused proceeded to cause damage to the bus, before threatening and assaulting the bus driver.  No injuries were sustained, and the accused was taken into Police custody without incident.  As a result of the investigation, the accused is charged with Assault, Mischief, Uttering Threats, and Failing to Comply with Probation.  The accused was released from Police custody with a future court date.

Theft/Fail to Comply with Probation

A 41-year-old St. Thomas man is currently wanted by Police for Theft under $5,000 and Failing to Comply with Probation.  The accused male entered Wal-Mart, and selected three items before proceeding to the garden section.  The accused then threw the items over the fence, before leaving the store to retrieve the items – all of which was captured on store video.  An alert citizen observed this and contacted store security.  All items were retrieved by staff and the accused male fled the scene.  Therefore, an arrest warrant is being sought for the accused for Theft Under $5,000 as well as Failing to Comply with Probation.

Police are investigating after a garage attached to a home on Hedges Court was entered sometime between June 2nd and June 4th.  Entry was gained to the garage, where a grey colour “Townie Electra” bicycle was stolen, as well as some alcohol.  If you have any information about this break and enter or know the whereabouts of the stolen bike please contact STPS at 519-631-1224 or Crime Stoppers at 1-800-222-TIPS Refer to Case #ST20008424 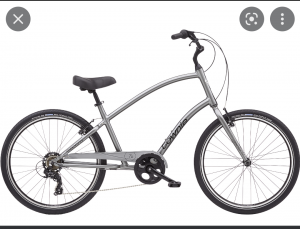 Officers on community patrol observed a 38-year-old male that was known to be wanted on an outstanding warrant.  The male was taken into police custody without incident, and was released with a future court date.

Fail to Comply with Probation

St. Thomas Police were called to an east end establishment Saturday Evening in regards to a 67 year old male that was not allowed to be on the property.  Officers attended and located the accused male still on the property.  The accused was arrested without incident, and released from custody with a future court date.

On Thursday June 2nd Officers began investigating a break and enter to a home on Kensington Court (ST22008245).  Through investigation it was determined that a 46-year-old St. Thomas man was responsible.  Officers on Community Patrol were able to locate the male in the early hours of Sunday June 5th, and the accused was taken into custody without incident.  The accused was transported to the Colin McGregor Building and held in custody for bail court.