On October 21st, 2022, officers on Community patrol received a call in regards to a suspicious person sleeping inside a vehicle.  When speaking with the 37 year-old male it was discovered that he had an outstanding warrant for his arrest for failing to comply with a condition of his probation order.  He was arrested and later released on an Appearance Notice.  *17119

On October 21st, 2022, a 27 year-old male attended the St Thomas Police service to turn himself in as he was wanted on the strength of a warrant for failing to comply with a condition of his probation order.  He was placed under arrest and later released on an Appearance Notice.  *17125

On October 21st, 2022, a 32 year-old male was arrested by officers from the London Police service on the strength of a Bench Warrant held by the St Thomas Police Service. The warrant was issued after the male failed to attend his scheduled court appearance.  He was later released on an Appearance Notice.  *17134

On October 21st, 2022, a 38 year-old male was arrested by officers on Community Patrol after they discovered he was wanted on the strength of a warrant that was issued after he failed to comply with a condition of his probation order.  He was later released on an Appearance Notice.  *17157

Sometime overnight on October 20th, 2022, a business on Talbot Street near Southwick Street was broken into.  Officers are currently investigating and attempting to identify the suspect(s) involved.  *17108

Shortly after midnight on October 22nd, 2022, officers responded to a home on Wellington Street after the occupant called police to report that a 32 year-old male who was known to them was currently inside the residence after he broke a window to gain entry.  The male was currently on conditions not to attend that address and not to communicate with the occupant.  The male was arrested by officers and charged with break and enter and failing to comply with an Undertaking x 2.  *17164

On October 20th, 2022, a hole was cut into a chain link fence surrounding a compound to a business on Edward Street.  Surveillance photos of the suspects were obtained and police are looking to identify the suspects.  If you recognize the parties in the attached photos, please contact the St Thomas Police at 519-631-1224 or Crimestoppers.  *17049 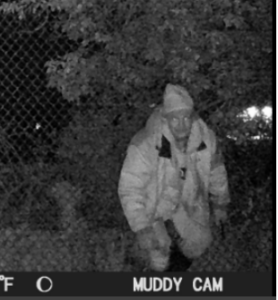 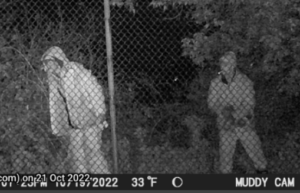 On October 13th, 2022, police were called to investigate a female who was located inside an RV that was to be serviced and winterized.  Damage was caused to the RV and through investigation the female was identified as Kimberly Wismer of St. Thomas.  Wismer is currently wanted for mischief under $5000.  *16690 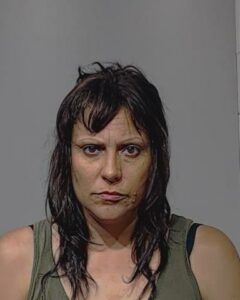 Sometime during the day on October 21st, 2022, two bicycles were stolen from the bike rack at Forest Park Public School while the students were in class.  The bikes are described as being a black and white Nakamura Monster 2.5, 18 speed and a red Schwinn Mesa Runner with a red water bottle holder. *17137

In the evening hours of October 21st, 2022, officers from the St Thomas Police Service conducted a R.I.D.E. program in various areas throughout the city.  A 50 year-old St Thomas man who drove through the spot check failed a roadside screening test and was arrested for impaired operation of a conveyance.  He was taken to the St Thomas Police station where he provided further breath samples into an intoxilyzer.  It was confirmed that his blood/ alcohol concentration was above the legal limit and he was subsequently charged with having a blood/ alcohol concentration of 80 Plus.  *17156

On October 21st, 2022, at approximately 10:30pm officers on Community Patrol located a 37 year-old male walking on Alexandria Street.  The man is on conditions to remain inside his residence 24 hours a day.  It was also determined that he has not living at the residence he is on conditions to reside at.  He was placed under arrest and transported to the Colin McGregor building.  He has been charged with failing to comply with a Release Order x 3 and failing to comply with a Probation Order.  He was held in custody for a court appearance.  *17160