On October 7th, a staff member from the St. Thomas Elgin General Hospital locked their bicycle to the bike rack located just outside the Emergency Department entrance on Elm Street.    A male is observed at approximately 4pm walk up to the rack, pull out a pair of bolt cutters from his back pack, cut the lock and ride away eastbound.  The male is wearing a black hoodie with the hood up, mask, jeans and white shoes.  His backpack is white and blue.  The bicycle is a black mountain bike with no logos on it.  ST22016349. 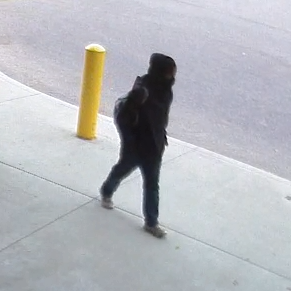 On October 27th at approximately 8pm a female was observed inside Walmart at 1063 Talbot St.  by store security.  She loaded up her cart with paper towels and 5 women’s zip up sweaters.  She failed to pay for any of the items and exited the store.  Value of the goods stolen was over $200.  The female is described as white, 5’6″ tall, shoulder length brown hair, she was wearing a green sweater, blue jeans and a ball cap.  ST22017513. 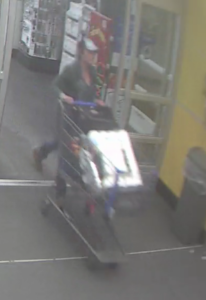 On October 27th, City Police were alerted to an incident that occurred in a residence on Faith Boulevard on October 15th.  The incident was investigated by our Criminal Investigations Bureau and as  a result, a 16 year old St. Thomas youth was charged with Uttering Threats, Mischief and Failing to Comply with his Release Order.  On October 28th the Youth attended the Colin McGregor Building and turned himself in to Police.  He was arrested without incident and held for court.  He was later released with a future court date.

A store employee from the Superstore contacted Police on October 28th, as they felt a customer was possibly involved in a scam.  It was learned that a customer had been contacted by an ’employee’ from Amazon who stated their credit card had been used fraudulently.  Their account had been re-reimbursed, but they were overpaid $14,900 and needed to pay the difference in Amazon gift cards.  The customer had attended three different stores over a two day period and had purchased $3,500 in gift cards, had called in the PIN numbers and the cards were emptied.   ST22017553.

Officers on Community Patrol were called to an address on Empire Parkway in regards to a vehicle entry.  On October 30th at approximately 3:30am, suspects smashed the passenger side window of a locked van parked in the driveway out front of the residence.  Stolen was a wallet containing various ID and cash.  ST22017657.

Officers on Community Patrol were alerted to a business in the 500 block of Talbot Street by a citizen who reported seeing the front door glass smashed.  A male suspect was observed on video surveillance entering the business at 1:40 am on October 30th.   Stolen was some cash and an I-Pad.  Members of the Forensic Identification Unit attended and collected DNA left at the scene for analysis.  ST22017664.

Officers on Community Patrol were called to an apartment building East Street in regards to a broken window to one of the units on the main level.  Sometime overnight of October 29th an unknown suspect broke the window on the north side of the building.   No entry was gained to the unit.  Damage is estimated at approximately $500.  ST22017662.

Officers on Beat Patrol observed broken glass pieces on the ground out front of the Library on Curtis Street at approximately 1 am on October 31st.  An unknown object had been thrown at a window on the second story, breaking the outer pane only of the double paned window.  ST22017710

Officers on Community Patrol were alerted by a concerned citizen on October 28th that a there was a suspicious male on school property, after school hours, at a school on South Edgeware Rd.  The male was located and it was learned that the 37 year old St. Thomas male was wanted by London Police Service.  The male was arrested without warrant and transported to the Colin McGregor Building to be held in cells waiting for London Police to pick him up.

On October 30th, London Police Service contacted City Police to report that a 23 year old male was in their custody and was wanted by our service.  Officers attended London Police cells and arrested the male without incident and transported  him to the Colin McGregor Building to appear in court today.

Officers have issued a Warrant for the arrest of 41 year old Joshua Nicholson after he was identified through video surveillance footage using a stolen credit card.   The card owner reported to Police on October 27th that his Visa debit card had been stolen overnight and had been used at three different St. Thomas businesses.  The three purchases totaled over $300. 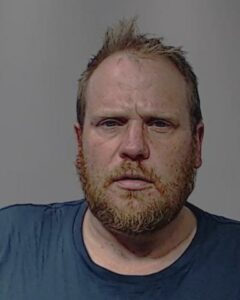