On Wednesday January 22nd, St. Thomas Police recovered a white 2010 Hilo delivery truck with Ontario licence plate AX31361. This vehicle had been reported stolen out of London and was recovered in the north end of St. Thomas. As a result of the investigation, photos of a male have been obtained and police are interested in speaking with this male in relation to the incident. He is described as a non-white male wearing a black safety jacket and a toque. If anyone recognizes this male or has information relating to this incident, they are asked to contact the St. Thomas Police at 519-631-1224 or Crime Stoppers at 1-800-222-TIPS 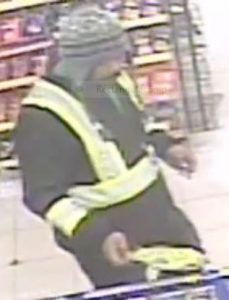 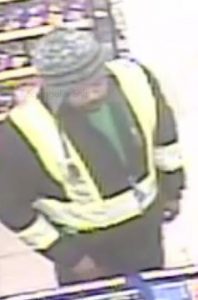 The St. Thomas Police released details last week about an incident that occurred in the early morning hours of January 23rd in the area of Avon Road. An alert citizen had called police about two males they observed trying vehicle doors in the parking lot. The complainant also observed a dark SUV that was left running in the area, which was later identified as a suspect vehicle. Investigation revealed that Ontario licence plates BAWS 902 had been stolen from one of the vehicles in the parking lot and were attached to the suspect vehicle. The stolen licence plates have not yet been recovered. Further to this incident, photos of three males have been obtained and police would like to speak with these males in relation to this incident. If anyone can identify the males or has information relating to this occurrence they are asked to contact the St. Thomas Police at 519-631-1224 or Crime Stoppers at 1-800-222-TIPS. 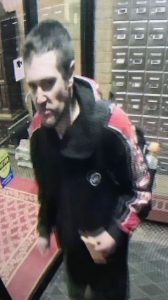 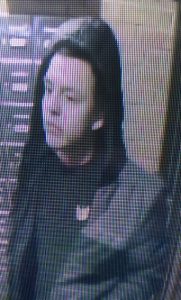 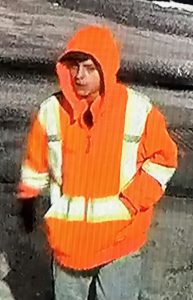 On January 25, 2020 at around 2:10 p.m. police arrested 28 year old Joshua Garrison in relation to a fraud. Garrison had been identified as a suspect in the unauthorized use of a debit card and credit card that had been stolen from a vehicle the night before. Garrison was identified as he was captured on video at a convenience store where he used one of the cards to make a purchase. As a result the accused is charged with three counts of Breach of Probation, two counts of Fraudulent Use of a Credit Card and one count of Possession of Stolen Property. Garrison was held for a morning court appearance.

Shortly after mid-night on January 26, 2020 as the result of a traffic stop, police arrested 30 year old Jeremiah Vandenbroecke. He was wanted in relation to the possession of stolen property from a break and enter that had occurred late last year. Vandenbroecke was charged with one count of possession of stolen property and one count of Breach of Probation. He was later released on conditions with a future court date.

On Sunday January 26th the St. Thomas Police received a complaint about a theft that had occurred overnight from the storage yard of a Sunset Dr. business. Taken from the yard was approximately 30 used vehicle/machine batteries that were being stored on a skid at the rear of the business. The batteries have a value of about $15 each. If anyone has information relating to this incident they are asked to contact the St. Thomas Police at 519-631-1224 or Crime Stoppers at 1-800-222-TIPS.

At around 1:10 a.m. on Monday January 27th the St. Thomas Police responded to a Ross St. address with regards to an unwanted person. When police arrived they found 29 year old Michael Maginn standing outside the residence. Investigation revealed that Maginn was in violation of release conditions and as a result he was placed under arrest. Police also found Maginn to be in possession of what is suspected to be 1.5 grams of Crystal Methamphetamine. The accused is now charged with two counts of Breach of Recognizance and one count of Drug Possession. He was held for a court appearance.

The St. Thomas Police responded to several more reports of thefts from vehicles over the weekend. A friendly reminder to ensure that your vehicle doors are locked and that you remove all valuables from the vehicle. We all play an important role in crime prevention.